Interview with HALFWAY Director Ben Caird
image1
Director Ben Ciard of August preview feature HALFWAY chatted with festival director Eve Studnicka about the film, his creative process, and the experience of shooting in the Driftless Region. Click here to purchase tickets to the screening.

ES: You come from London – what inspired

the film’s Wisconsin setting, and what drew you to the Driftless Region

BC: Though born and raised in the UK, my mother is from a suburb of Milwaukee and our

family are spread across Southern Wisconsin. Halfway is actually set on my cousin Jim

Farms are so little understood by city dwelling people, a shift the world-over from rural

environments into urban. By taking my protagonist from a city to a farm in order to, in

essence, cleanse him, I wanted to show an American Dream story, one of social

in a new frontier.

ES: This is your first feature – can you talk about some of the creative goals you

had when you initially conceived this project?

BC: I’m very much drawn to rite of passage stories. I find true drama in looking through a

microscope at an individual’s life at certain stages of change and challenge. In this film I

Past that, I really just wanted to get my vision delivered. Fortunately I can say that I’ve

achieved that as Halfway is exactly as I wanted it. I’ve never seen a film like it before but

I thought an audience would engage with this set of characters in this setting. It being my

first feature film does carry some pressure to it, but then so does each short film one

makes, hoping it’s the catalyst to their first feature.

ES: Your use of handheld camerawork and available lighting made the film feel

reminiscent of a documentary to me. My background is in docs, so a question

from social groups that I don’t belong to?” As a white filmmaker, what

compelled you to tell a story this racially focused?

(the film opens with him leaving Prairie du Chien Correctional Institution). Statistic from

studies over the last decade vary, but roughly two out of three ex-prisoners will be

These numbers are even more stark when race is brought into it. There is clearly a huge

problem with access to opportunities once in this system.

probably make me, demographically, the most privileged person on the planet. For me to

tell stories from personal experience and therefore authority, what would they be?

about it. In fact, I think it’s a moral obligation to use one’s privilege to create social

equilibrium. In this particular instance with regards to Halfway, whether I’m a black man

or not, I can still stand by my abhorrence that our broken system of justice inordinately

affects men of color. It’s my society too, and if I want it fairer, I can choose to stand on

ES: Tell me about the relationships you and your crew formed with local folks

from the areas in which you were shooting. How did they respond to the

BC: I’m sure you know already how welcoming and friendly your part of the world is and I

can tell you that our production was received just as you’d imagine; with open arms.

Whenever we had a problem, needed to source a piece of equipment, an animal, a vendor,

a meal and a bed, there was always someone raising their hand to help.

To name a few in Montfort specifically, Tower Junction fed us two to three meals a day,

up production on their properties. In Mineral Point we shot a whole day at Betty’s Drive-
In. And of course the unwavering support of my whole family. To see the true scope of

local support one need only see the extensive “thanks” section in the film’s credits.

Though our film has a fantastic cast, it is in fact still a relatively small independent

production, so without that sort of local embrace, putting on a show like this simply

wouldn’t have been possible.

ES: How are you hoping the film will be received by an audience largely made up

of folks from the area in which it was shot?

BC: Mostly I wanted to make a film that felt authentic and truthful to my Lepeska family. I

wanted them be happy with the film and proud of their involvement, it being not only

mainly set in their home-town (Montfort) but even more specifically, on their land and in

Wider audience-wise, we played at the Julien Dubque International Film Festival a few

months ago where we had four very well attended screenings and won best film, so we

obviously hope the film continues to resonate with new viewers.

Join us on August 19 at 7:30pm for the screening of HALFWAY followed by a Q&A with Ben Caird. 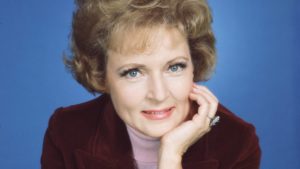